Welcome to Buffalo Next. This newsletter from The Buffalo News will bring you the latest coverage on the changing economy of Buffalo Niagara – from real estate to healthcare to startups. Learn more at BuffaloNext.com.

A preview of what’s to come and a quick read last week’s news.

Western New Yorkers will get a glimpse of the online vehicle auction company VCAthe public company’s financial condition when the public company releases its quarterly results on Wednesday.

ACV expects revenue of around $100 million in the first quarter, which is in line with analysts’ estimates.

The local tech startup — Buffalo Niagara’s first billion-dollar unicorn — ended 2021 on a high with an 83% increase in revenue.

Last year, despite difficult conditions for used vehicle sales, VAC was able to achieve its goal of nationwide expansion.

Looking for a job? A slew of hiring events are happening this week that could provide opportunities for those looking to launch a career at some of Western New York’s top tech companies and startups.

Enterprise software company Odoo hosts a meet and greet event at 6 p.m. Wednesday at its offices at Seneca One, 1 Seneca St., Buffalo.

Also on Wednesday, Squire, a technology platform for hair salons, is hosting a hiring happy hour from 5:30 p.m. to 7 p.m. at the Seneca One lobby bar.

Forge Buffalo is hosting its 716 Career Fair from 4-7 p.m. Thursday at Buffalo RiverWorks, 359 Ganson St. For more information or to register, visit forgebuffalo.com/716careerfair

Also on Thursday, KeyBank will hold its annual shareholders’ meeting, in virtual format, at 8:30 a.m.

A TechBuffalo Survey is seeking feedback from Western New York organizations on their technical training programs. The survey asks what skills, programs, certifications and support services are offered by organizations. The deadline to complete the survey is Friday. To visit surveymonkey.com/r/TechBfloTrainers to complete the questionnaire.

North Cape Wealth Management, a full-service financial planning and investment advisory firm serving families and institutions nationwide, will open a new 4,275 square foot facility at 6565 Main St. in Amherst at noon Monday. The firm, led by Erik M. O’Neill and named after Nordkapp Point in Norway, is moving from 6400 Sheridan Drive to the new facility designed by Kideney Architects and built by Lamparelli Construction Co. O’Neill, which launched the company in 2021, previously spent 25 years at Merrill Lynch and Wells Fargo Advisors.

from Amazon The proposed mega-warehouse in the City of Niagara will return to the municipality’s planning board for a second review Tuesday at 7 p.m. at City Hall. However, attorneys for developer JB2 Partners LLC have requested that both city council and the zoning appeal board file the project by this month.

Learn more about the war in Ukraine. University at Buffalo surgeon Dr. Aaron Epstein, the 2022 recipient of the nation’s highest civilian honor, has returned from his combat care mission in Ukraine and will share his experience during a panel discussion on the war Wednesday night at UB.

Epstein will receive the 2022 Citizen Honors Award for Service from the US Congressional Medal of Honor Society next month for his humanitarian relief work in conflict and disaster areas around the world through the Global Surgical Medical Support Group. he founded in 2015.

Joining Epstein on the UB panel are Collin Anderson, clinical assistant professor of political science, on Russia’s use of propaganda; David Castillo, Professor of Romance Languages ​​and Literatures and Director of UB’s Institute of Humanities, on disinformation and the erosion of democracy; and Harvey Palmer, PhD, associate professor of political science, on why democracies are more effective in times of war than autocracies.

The discussion will be led by physics professor Avto Kharchilava and assistant professor of Russian history Katherine Zubovich.

$1.5 million donation to John R. Oishei Children’s Hospital of KeyBank and the First Niagara Foundation will develop and maintain a program to address maternal health and racial equality in health care.

Katherine Conway-Turner, president of SUNY Buffalo State, spoke with The News about future of the school, the challenges aheadand the needs of new students and how the school responds to them.

Unionized workers at a Starbucks store in Delaware and Chippewa staged an all-day strike after comments by Starbucks’ interim CEO about extending pay raises and enhanced benefits to store workers who aren’t organizing.

The Super Chip is backand arriving in Buffalo’s Outer Harbor for four months on select weekend dates beginning June 4, with at least 350 vendors selling their wares.

Roswell Park plans to rehabilitate a historic 1,300 square foot home at 907 Michigan Ave. while building a major modern addition to the south that will more than double its size.

Jericho Road Community Health Center has purchased a former assisted living facility in Buffalo for $2.05 million, with plans to renovate the structure and use it to help asylum seekers.

Niagara University received its largest donation in the university’s 166-year history while Jeff and Mary Helen Holzschuh donated $10 million to their alma mater, earning their name on her business school.

Ellicott Development Co. is planning a mixed-use project of some type at a former KeyBank branch on the Elmwood Avenue property she recently purchased.

Gary Quenneville retires from KeyBank on June 1, after helping oversee his recent growth as a local senior executive, which included the bank’s purchase of First Niagara Bank in 2016.

Frontier Group of Companies Concludes $1.7 Million transformation of the former Sheehan residence for retired priests on Linwood Avenue in the new Residences@Linwood Manor, with 20 apartments.

As he pursues plans for a new “gateway” to downtown Buffalo, Legacy Development hopes to save two historic buildings on North Oak Street.

A consultant’s report recommends layoffs and early retirement incentives to reduce the size of SUNY-ECC’s workforce, but it does not call for the closure of its south campus.

Moog Inc. has closed its Russian office and expects to lose a few million dollars in sales because of the war in Ukraine.

Five reads from Buffalo Next:

1. Tops Friendly Markets is making improvements to several of its local stores: They not only improve its looks and product offerings, but also update its technology and reduce electricity costs by using solar farms to provide renewable energy.

3. Costco will open its first store in Western New York in what is considered one of the busiest shopping districts in the Buffalo Niagara region – the Niagara Falls Boulevard retail corridor. So how will this fit?

4. Buffalo Angel Investors all hope to hit hard, but this is not their primary motivation. For them, investing in startups is their way of contributing to the economic recovery of the region.

5. Energy roadmap calls for sweeping changes for WNY owners: A new statewide energy plan being discussed would phase out the use of natural gas in homes and buildings, in favor of greater reliance on electricity.

The Buffalo Next team gives you an overview of the region’s economic revitalization. Advice by e-mail to buffalonext@buffnews.com or contact Buffalo Next editor David Robinson at 716-849-4435.

Get local news delivered to your inbox!

Next Brenda Blethyn Sets the Records Straight on Vera's Stunt Double "Is That Really You?" | Television & Radio | Showbiz and television 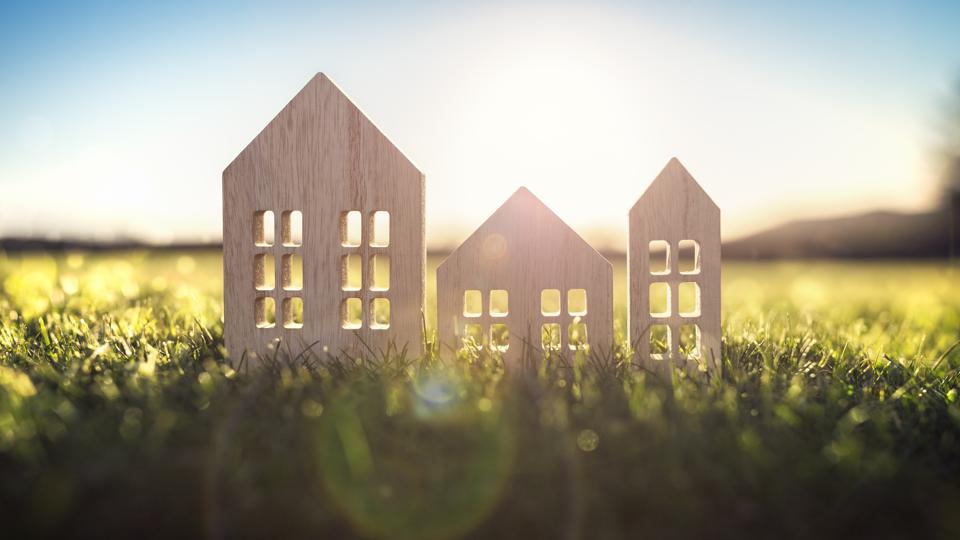 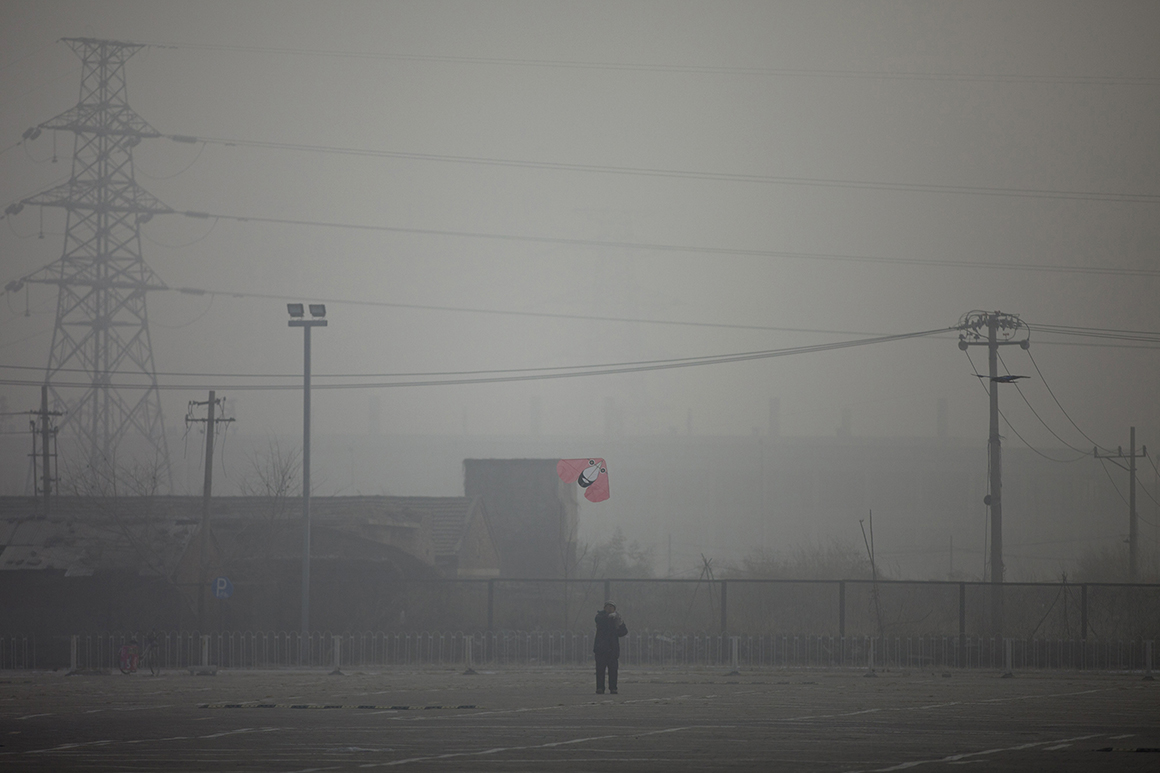