In an image provided by Metz and Slimak shows, Neronian spikes found in Grotte Mandrin, a rock shelter in southern France that was occupied by both Homo sapiens and Neanderthals. A new paper suggests that Neanderthals and Homo sapiens alternately settled in the same shelter more than 50,000 years ago. [Laure Metz and Ludovic Slimak via The New York Times]

Tens of thousands of years ago, the hottest real estate in Europe was a rock shelter in the south of France. Mandrin Cave had everything a hominin could want. A rocky overhang that provided shelter from the rain. Panoramic view of a valley and the bison and deer roaming below. A privileged location in the Rhone Valley, an important natural corridor linking the Mediterranean basin to the northern lands.

The prehistoric cushion was so desirable that about a year after the refuge was occupied by Neanderthals, a group of Homo sapiens settled there. They were followed by several Neanderthal tenants and then another colony of modern humans. The scientists presented the findings in a paper published Wednesday in the journal Science Advances.

More than showing how Neanderthals and modern humans were co-tenants of the European landmass over time, this new discovery pushes back the timeline of early modern human settlement in Europe. Scientists say the first modern human occupants at Mandrin were there around 54,000 years ago – a time when Europe was thought to be primarily a Neanderthal playground.

This is 10,000 years earlier than previously thought (with the notable exception of an even older site in Greece which dates to 210,000 years ago). The article describes human settlement based on a modern human milk tooth, as well as stone tools that appear to have been made by Homo sapiens.

“It’s really interesting and exciting,” wrote Katerina Harvati, a paleoanthropologist at the University of Tübingen in Germany who was not involved in the research, in an email. “This shows the complexity of modern human dispersal across the European continent and eventual replacement of Neanderthals,” which occurred around 40,000 years ago.

Naomi Martisius, a Paleolithic archaeologist at the University of Tulsa who was not involved in the research, called the discovery of the alternate occupations “extremely intriguing.” But she warns that more evidence is needed to confirm that modern humans, or even a hybrid species, made these tools.

Ludovic Slimak, a paleoanthropologist at the University of Toulouse in France and author of the paper, has spent decades excavating Grotte Mandrin. The cavern opens to the north, where a cold, powerful wind called the mistral blows dust under the rock shelter.

“This millennial wind brings sand from the Rhone and deposits it in the cave,” Slimak said. “It’s a bit like Pompeii, without catastrophic events.” These conditions preserved the cave exceptionally well, giving Slimak the feeling that artifacts from “55,000 years ago were left five minutes ago,” he said.

The sands of Grotte Mandrin were littered with stone tools, many of which were clearly made by Neanderthals, the researchers say. “I read a flint like you can read a book,” Slimak said. While Neanderthal flints are largely unique, with different textures and morphology, Homo sapiens made more standardized flints, Slimak said.

By this logic, the flints excavated from certain layers of Grotte Mandrin appeared to come from humans, not Neanderthals, Slimak concluded.

The few human remains in the shelter slowly revealed themselves. “We find a tooth every 10 months,” Slimak said. Once the researchers excavated nine teeth, Slimak sent the fossils to Clément Zanolli, a paleoanthropologist at the University of Bordeaux in France and author of the paper.

“Some of the teeth were a bit odd,” Zanolli said. “Some were typically Neanderthal, but there was one tooth that probably wasn’t Neanderthal.” When Zanolli scanned the teeth with micro tomography to examine the internal structure, he found that eight teeth belonged to Neanderthals and one tooth was unequivocally from a modern human.

Together, the teeth and tools make “a compelling argument,” Harvati said.

Researchers decided against extracting DNA from the human tooth after an unsuccessful attempt to extract DNA from fossil horse teeth also found at the refuge.

Sahra Talamo, a researcher at the University of Bologna in Italy who was not involved in the research, said she expected the new paper to spark debate until the genetic material from that tooth be sampled. Talamo said she understands why the perpetrators might be concerned about partially destroying a unique human remains. But, she pointed out, “the only way to avoid speculation and create false scenarios is to directly date the specimen.”

Although the researchers found only one modern human tooth, they said the presence of alternating layers of modern human tools suggested multiple colonies of Homo sapiens in the shelter. Ségolène Vandevelde, an archaeologist at the University of Paris-Saclay and author of the paper, analyzed soot deposits from the roof of the cave to determine when fires broke out in the cave. The amount of soot led to their discovery that only a year passed between when a group of Neanderthals moved in and when the first modern humans moved in.

These humans lasted about 40 years at Grotte Mandrin before leaving the refuge for unknown reasons. Neanderthals then reappeared for the next 12,000 years, before being replaced again by Homo sapiens who spent a few hundred years there.

The new paper adds to scientists’ growing understanding that the migration of modern humans to Europe was a complex, step-by-step process that often ended in local extinction, Harvati said. “Modern humans haven’t always been the ‘winners’ in this process,” she wrote.

Martisius hopes that future publications can shed light on the lives of the first toolmakers of Grotte Mandrin. “Who were they? How long were they in Western Europe?” she asked. “Where did they go?”

The researchers plan to publish further papers from their excavations at Grotte Mandrin, taking their place as the latest in a long line of hominids who have found refuge in the cave.

This article originally appeared in The New York Times. 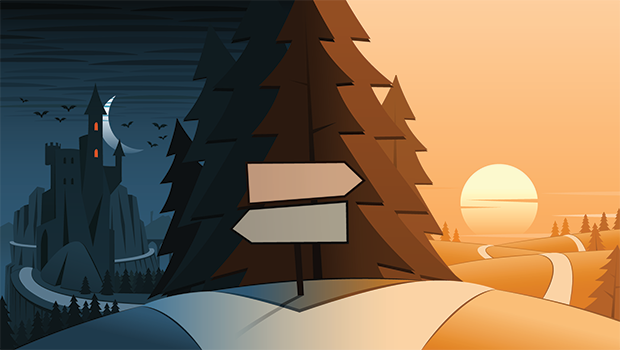