Then, at the 2019 Billboard Music Awards, Kelly Clarkson’s musical director Jason Halbert served as a “catalyst.” He walked up “and said, ‘You don’t know me, and you probably think I’m crazy, but, literally, I heard a voice say: Help her with her music,‘” Metz, 41, recalled.

Halbert “set me up in Nashville when I didn’t know anyone, and I’m so thankful for that. The universe works amazingly.

So, after six seasons of bringing viewers to tears on “This is Us,” Metz is working on her first country album, and she’s hitting the road for her first concert tour. Ahead of her show at Boston’s City Winery on August 14, she spoke to the Globe by phone from her home in Nashville.

Get the Big Task

Your guide to staying entertained, from live shows and outdoor entertainment to what’s new in museums, movies, TV, books, restaurants and more.

Q Singing was your first love, before acting.

A. Yes, a lot of people don’t know that. I’ve been writing songs for, my god, for as long as I can remember, but intensively, probably, for six years. I realized there was so much healing that needed to happen. I find that through music.

Q How did you start as an actor?

A. I went to an open call at a Holiday Inn in Gainesville, Florida, where I’m from, because my sister heard an ad on the radio and was interested in modeling. They were looking for actors, comedians, models. I was maybe 19 or 20 years old. My sister says, “Please take me away”, so I’m like, “Fiiiine.”

A. The woman who was leading the talent search said, “What are you doing?” I was teaching preschool at the time, but I was still doing impressions, I wanted to tell stories; in high school, I was the class clown. But I never thought I would be an actor. [But] she wanted to sign me. [I] moved to [LA] for the pilot season. Then my talent agent needed an assistant. My manager said, “I really think you should take this job.” And I’m like, “Wait. What about comedy?”

So for 9 years, I was an assistant, a junior agent, then a talent agent. I am so grateful to have had this experience, but it was a longer detour than expected. [laughs]

Q How did you get to “This is Us” from there?

A. A coworker and I were paying attention to each other, and she said, “I think that’s a role you should audition for.” I said, “There’s no way I’m auditioning for a lead role on a TV show. I’ve never even tested for a TV show. Definitely not.” Even talking to you about it, I’m like, what’s going on?

Q Have viewers told you that the series has changed their lives?

A. All the time. They share stories about their adoption process, their struggle with weight, their self-esteem, their relationships with their children, how their parents go through an illness – anything and everything. As an actor, you just want to connect with people, connect with people. To be able to do it in such a beautiful and real way is such a gift.

Q You also sang on the show.

A. I did it! It wasn’t even planned. I remember getting this script and I was like wait, Kate is going to sing? And [creator/executive producer/writer] Dan [Fogelman] say, “Oh, if you don’t feel comfortable singing…” and I’m like, “No, no, no, I want to sing!”

Q Did Mandy Moore give you any advice?

A. She was always so respectful and appreciative, and said, “Chrissy, you can do whatever you want. Just do what makes you happy. And we all know that, but sometimes we need another person to say it. And when it’s Mandy Moore, you really listen.

Q You also wrote a bestseller, “This is me: loving the person you are today,”

A. [When it was suggested] I said, “I don’t think I have anything to say,” and my agent said, “I think you have a lot to say. When I was meditating and journaling, I realized that… Everybody deserves to tell his story. It was really about my life lessons and what I learned so far.

That’s the impetus for a lot of the songs on this tour – the love, the loss, the healing through my feelings and the understanding that the only way to get to the other side of something is to walk through it, and boy, it’s hard.

Q Can you describe the struggles that drove the book and the songs?

A. So I had a pretty tumultuous childhood. My parents divorced when I was young, my mother remarried and I love my stepfather very much but we didn’t get along for a while. He was very hard on me growing up and it really affected my self-confidence or my lack of self-confidence and my self-esteem. And having to come out the other side of that and realize that hurting people hurts people. So I wrote a song called “Broken Hearts Break Things”. It’s really about hurting people, hurting people – it’s really not personal even if it is.

Q Is there a song that you feel closest to or that best sums up your story?

A. Oh man. I wrote a song about [my boyfriend] Bradley [Collins] called “New Love”. The new love doesn’t have to be someone else – it could be your relationship with yourself. Truly loving yourself is an act of rebellion these days.

Q You and Bradley met at the start of the pandemic.

A. We did, on Bumble. [laughs] It’s been almost two and a half years, which is really great. He’s a very calm, cool and collected guy. So it’s a great game.

Q Will you continue to play?

A. Oh yes, the music, the theater will never stop. I just finished a psychological horror [film] during the summer. It was very different from Kate Pearson.

The interview has been edited and condensed.

Next Absolute Charm Benefit for Teachers Brings Over $15,000 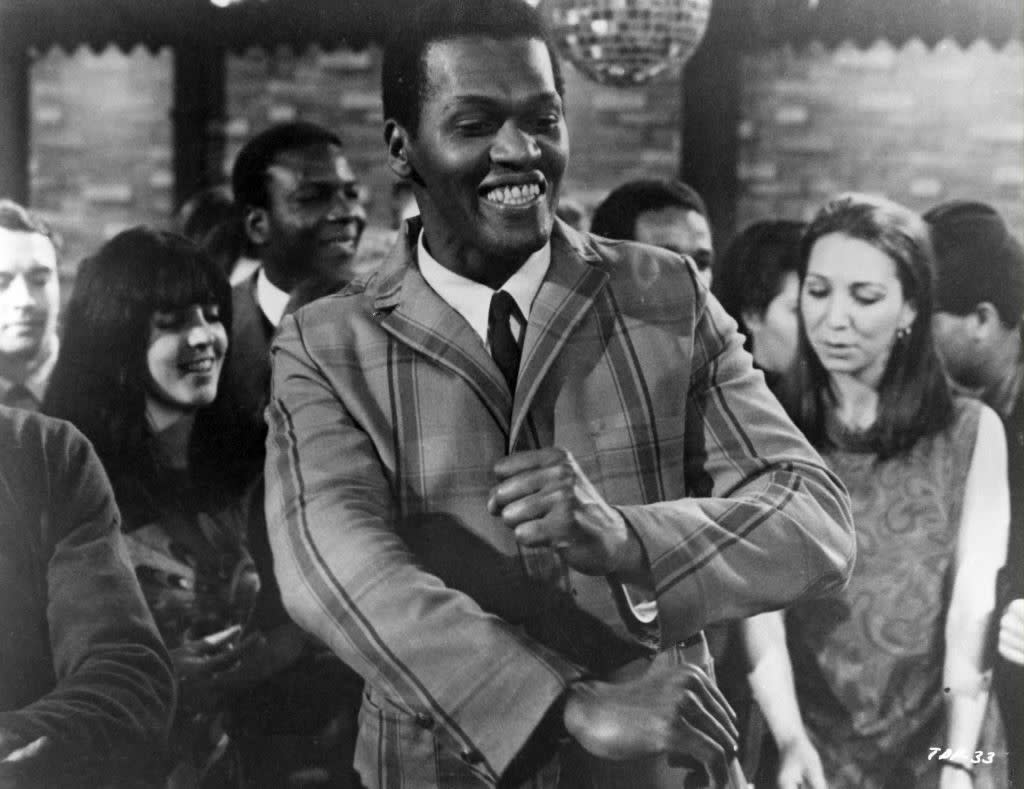